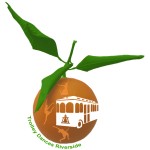 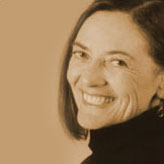 Jean Isaacs is a critically acclaimed, award-winning choreographer whose work has been presented in Switzerland, Germany, China, Mexico, Guatemala, Canada and Poland, as well as on both coasts of the US. In 2002, the Village Voice called her “a warm, witty, and wise choreographer,” and the New York Times said of her dances, “They were intelligent dances danced by sharp, speedy dancers.” Isaacs is the Artistic Director of the San Diego Dance Theater, the originator of the annual site-specific project Trolley Dances and the co-founder of the San Diego Dance Alliance, Three’s Company and Dancers, and Isaacs/McCaleb & Dancers. Her work has been commissioned by the San Diego Opera, The La Jolla Playhouse, The Old Globe Theater, Goodman Theater, The San Diego Repertory Theater, the Berkeley Repertory Theater, Long Wharf Theater, and for the “New Wave” Festival at the Brooklyn Academy of Music.

Isaacs collaborates frequently with numerous cross-border partners, creating the Festival of Mexican Contemporary Dance at San Diego State University and earned awards from UC Mexus, the US/Mexico Fund for Culture, Arts International, and the UC Civic Collaborative for this work. Recent awards have included the Craig Noel San Diego Theater Critics Award, the Bay Area Theater Critics Award, two California Arts Council Choreography Fellowships, the National Endowment for the Arts, the Sign-On San Diego Editors Award, the Distinguished Teaching Award at UC San Diego and the California Dance Educators Associate Artistic Award, and the DanceUSA / Irvine choreography fellowship. Jean Isaacs taught technique, choreography, and improvisation at the University of California, San Diego, Department of Theatre and Dance for 25 years. Her company is in residence at Dance Place San Diego at the NTC Promenade where she directs the SDDT School and creates dances for her beautiful company of some of the region’s most accomplished dancers. 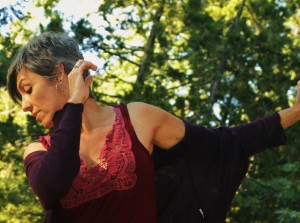 Julie Satow Freeman has taught as part of the dance faculty at Mt. San Jacinto College since 1985, and has an avid interest in teaching and in creating choreography.  She has performed extensively with the companies of Stephanie Gilliland and Dancers, Groundwork, and Liz Davidow and Dancers. Performance highlights include an appearance at the Japan American Theatre as part of the Olympic Arts Festival, dancing in the full-length opera, Les Noces, and performing at the Edinburgh Arts Festival Fringe in Scotland where Julie received critical praise for her performance and choreography.  In collaboration with Sue Roginski, Julie co-founded P.L.A.C.E. Performance, a dance collective that is committed to creating community by providing supportive, non-competitive performance opportunities for dance artists in the Riverside County area. Most recently, Julie began the pursuit of a long held dream and became an M.F.A. candidate in Dance, with a focus in Experimental Choreography, at the University of California, Riverside and is a recipient of the Chancellor’s Distinguished Fellowship Award. Julie is also the mother of three children who have taught her much about life, love, and living authentically. 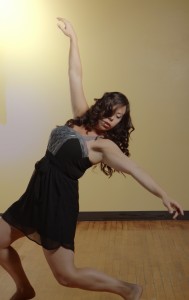 April MacLean attended University of California, Riverside where she received a Bachelor of Arts degree in Dance. She has been teaching, choreographing, and dancing extensively in the Inland Empire for the last ten years. April was awarded three chancellors awards for excellence in performance while attending UCR, as well as the prestigious Gluck Fellowship for Promising New Choreographer. She has performed in Landis Auditoriums Celebrate Dance and Kinetic Conversation bi annually since 2004, as well as choreographed for such contemporary shows as Celebrate Dance, Approaching Reich, The Right, Nothing But Art and UCR is Dancing. She recently choreographed works for Riverside’s ‘Dancing with the Stars’ which took place in Fox Theatre. April was also a dancer and general manager of Intersect Dance Theatre, Riverside’s first Contemporary-based company born out of a collaboration of Modern Dance and Classical Ballet. She is the owner of Room to Dance- Riverside’s first multi-genre adult only studio, where she is pursuing her dream of changing the culture of the community of Riverside.. 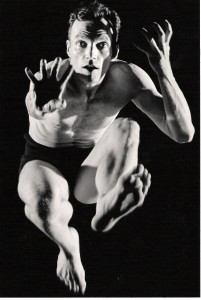 John Pennington is the Artistic Director of the Pennington Dance Group and ARC Pasadena. He serves as the Co-Director of the Lewitzky Dance Gallery and teaches dance at Pomona College and California State University Long Beach.  Pennington enjoyed a 14-year career with the Bella Lewitzky Dance Company as a performer and master teacher and established his own award-winning dance group in 2000. Pennington is the recipient of several grants and awards from the Princess Grace Foundation, California Community Foundation, Goethe Institute, Durfee Foundation, Dance USA, Los Angeles County Arts Program and is honored to be the recipient of five Lester Horton Awards for achievement in dance as educator, choreographer and performer. Educated at Northwestern University, California Institute of the Arts (BFA), and Hollins University (MFA), Pennington’s dedication to education includes workshops and curriculum development for many national organizations and local dance communities. Please visit www.penningtondancegroup.org or www.arcpasadena.org for more information.

Rosa Rodriguez Frazier, also referred to as LaRosa, began dancing at A.B.Miller High School in the direction of Nicole Robinson, and was immediately invited as a Guest Choreographer in the Spring of 2005. While in college, the doors to the dance world opened up for LaRosa once she was invited to be a part of the Gluck Foundation Contemporary Dance Ensemble under the direction of Susan Rose and Wendy Rogers.  Throughout college she was given the opportunity to perform in Grad concerts at UCR together with Liz Casebolt, Hannah Schwadron, and Sue Roginski.  She also participated in Faculty and Student work shows at Riverside Community College Kinetic Conversations and Celebrate, performed with RCC at ACDF in San Francisco in 2008, danced at several Anatomy Riot shows in Los Angeles, and participated in the PGK Project’s Dance Moves in Temecula together with Sue Roginski.  LaRosa finished off her last quarter of college traveling to Argentina where she was able to renew and develop other forms of dance such as flying low and contact improvisation. Mrs Rodriguez Frazier graduated from University of California Riverside with a BA in Dance in the Spring of 2009. She’s committed her time and talent to many other dance projects ever since, most of which involve the A.B. Miller Dance Conservatory. She will be completing her teaching credential at Redlands University this fall and is looking forward to applying for Grad school.
Rodriguez Frazier’s work is an exciting blend of spiritual and Chicano culture with a soulful modern vocabulary. LaRosa had the opportunity to host two evenings of dance in the Winter of 2008, 90¢ents a Piece, and 2009, 8 Mexican American Stories, together with her former dance company LaRosa & Dancers where she presented general topics and her personal views of the Chicano culture.  As for her current involvement at A.B. Miller High School, Rosa teaches Level I and II Modern in the dance conservatory. LaRosa savors every second that involves teaching dance and performing.