We are excited to be working with the following talented choreographers to bring you Trolley Dances Riverside 2014! 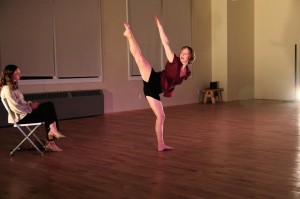 Sadie Weinberg graduated from the Conservatory of Dance at Purchase College with a BFA and received her MFA in dance from UC Irvine.  She has performed professionally with many choreographers in San Diego and elsewhere.  Sadie has been making work on students, professionals and herself for the last 15 years.  Her work has been performed locally, across the US and abroad.  She currently teaches at MiraCosta and Palomar Community Colleges, UCSD and Coronado School of the Arts.  Sadie also has 2 young children, Miles (4.5) and Madeleine (2.5).   “Lately in my work I have been discovering ways to eliminate the divide between choreography and improvisation.  I am also curious about the space between viewer and performer and how to collapse it in a way that is both unpredictable and poignant.  Finally, I am most drawn to dancing and making dances that come from a place of honesty and joyfulness.” 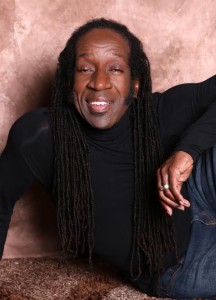 Clifford J. Breland is known nationally as: an accomplished artistic director, educator, choreographer and dancer. Clifford began his dance training with Mary Lynn, in Riverside, CA, which lead to a full scholarship to study at the Dance Theater of Harlem in New York. Clifford earned a Bachelor’s Degree in Sociology at the University of California, Riverside. There, Clifford trained with Donald Hewitt, Kathryn Scarano, Alonzo King and acting with Leonard Simon and David Horn. Clifford has worked with artists such as: Donald McKayle, Paula Kelly, Gladys Knight and Debbie Allen. In 1988 Clifford co-founded, with Ronald Nelson, Bre Dance Studio, where students have been trained in techniques of ballet, jazz, tap, modern dance, hip hop, and drama. In 1991 Clifford founded Bre Dance Theatre, a nationally-known, dynamic, and versatile dance company, presented by 651 Arts, in Brooklyn, New York. He is the recipient of the Riverside African American Historical Society’s Unsung Hero Award, the YMCA Every Day Hero Award, the Essie L. Bell Award, the Gems of Excellence Award by the Riverside Juneteenth Celebration and a proclamation from Mayor Ronald Loveridge of Riverside, CA, proclaimed May 31, “Bre Day!” 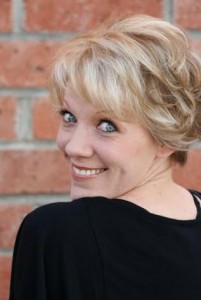 Hollee Cool has been dancing for 25 years now and has been choreographing since she graduated high school. Christian Arts and Theatre in Corona has helped her flourish her talents by giving her the opportunity to teach a variety of dance classes and choreograph for many of their productions. Some recent shows she choreographed were Oliver, Route 66, and Tom Sawyer. She also has had the opportunity of choreographing for local colleges and theaters in the Inland Empire such as Cal Baptist University “Man of La Mancha”, Riverside Players “Kiss Me Kate”, and the Redland’s Bowl “The Music Man” and “Oliver”. She has gained most of her experience from the Riverside Community College Dance Department and is working toward transferring to earn her degree in dance. She is loving the chance to return to Hope International University and work with such a great group of people. Most of all she would like to give all the glory to her Heavenly Father above. 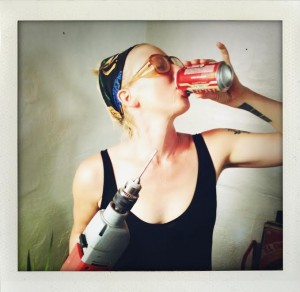 Kirsten Johansen is a dancer, choreographer and veteran of numerous junior colleges, San Francisco State and Tisch School of the Arts, NYU. Her work has been presented at the Performatica Dance Festival in Puebla, Mexico, Conduit Studios in Portland, St. Mark’s Church, Joyce SoHo, Dixon Place, The Flea Theatre, BRIC Studio, Brooklyn Arts Exchange, Williamsburg Art neXus and 100 Grand in New York City, The Electric Lodge in Venice Beach, and all around the Inland Empire.  She was a member of Gina Gibney Dance from 2002-2004, performing and working with survivors of domestic violence and homeless teens. She served as resident choreographer and assistant director for Another Theatre Company on Macbeth and The Seagull, and has choreographed for American A**hole and Lady Convoy, (NYC Fringe Festival), and Orfeo, The Ruhl Plays, Cabaret and Urinetown at the University of Redlands.  She has worked with The Lyon Opera Ballet, J Mandle Performance, Marc Jarecke, Antonietta Vicario, Jason Akira Somma, Roya Carreras, The Performance Loft group, and at La Universidad de Las Americas, Puebla, and was recently commissioned by the Redlands Symphony Orchestra to choreograph Stravinsky’s L’Histoire du Soldat. She is currently adjunct at Riverside City College, University of Redlands and Scripps College. 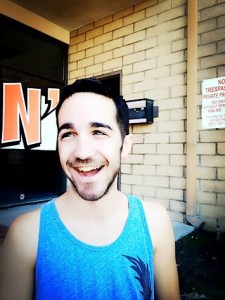 C.J. Logel received his BA in dance from the University of California, Riverside. He has had the privilege of training with Stephanie Gilliland, Neil Greenberg, Kelli King, Wendy Rogers, Susan Rose and Joel Smith. In 2010, he participated in a residency with Lux Boreal Contemporary Dance Company from Tijuana, Mexico. He has also danced for Rosa Rodriguez-Fraizer in Trolley Dances Riverside (2012), Julie Freeman in “The Pleasure of Sometimes” (2014), and was an apprentice with the Regina Klenjoski Dance Company in Long Beach (2013). He has been improvising weekly with Sue Roginski since 2011 as a member of counterpoint/shift.  Recently, C.J. collaborated on a duet with choreographer Stella Aryan. The duet, titled “all I can ask for”, was showcased in the Pasadena Dance Festival and SYNTHESIS festival, 2014.  C.J is also currently dancing with Intersect Dance Theatre (AD: Sofia Carreras) and is a member of P.L.A.C.E. Performance, a nonprofit dance collective that is committed to creating community by providing supportive, non-competitive performance opportunities for dance artists. 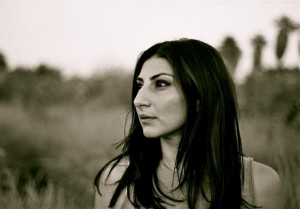 Stella Aryan received a Bachelor’s Degree in Psychology and a minor in Dance in 2008 from the University of Nevada, Las Vegas. While at UNLV, she had the honor of training with Bernard Gaddis, Charmaine Hunter, Dede Barfield, Minh Tran, Lawrence Jackson, Jay Franke, Karola Luttringhaus, Gail Gilbert, Mark Dendy, the Paul Taylor Dance Company, and the talented Dance faculty at UNLV–Dolly Kelepecz, Richard Havey, Tony Coppola, and Victoria Dale. Her collaborative piece with C.j. Logel was accepted to the Pasadena Dance Festival and performed February of this year at the Emerging Choreographers Showcase. She just finished a year long process with Julie Freeman’s MFA Project which was presented in April 2014 on experimental choreography. Currently she is a company member/collaborator with Sofia Carreras, Artistic Director of Intersect Dance Theatre and an active member in the Riverside dance community.