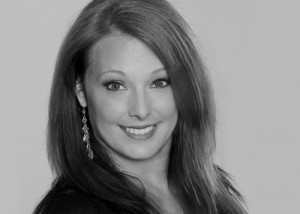 Jennifer Backhaus is Founder and Artistic Director of Backhausdance, Orange County’s award-winning contemporary dance company. She was featured in “OC Metro’s” 40 Under 40 in 2009 and honored by Chapman University as Alumni of the Year in 2007 for her artistic leadership of Backhausdance. As a choreographer, Jennifer’s works have been commissioned and produced by Brigham Young University, Chapman University, Los Angeles Ballet, McCallum Theatre, Segerstrom Center for the Arts, TDC of the Bay Area and Utah Regional Ballet, among others. Many of Jennifer’s works have been honored by Regional Dance America, and her piece Disintegration was selected for national performances with the American College Dance Festival at the Kennedy Center in Washington, D.C. For Backhausdance, she has created numerous works, three of which have received multiple Lester Horton Awards for Outstanding Achievement in Choreography. At the McCallum Theatre’s Dance Under the Stars Choreography Festival, Jennifer has been the recipient of three consecutive choreography awards for her work with Backhausdance. Currently a full-time dance faculty member at Chapman University, Jennifer is also a teaching artist for the Segerstrom Center for the Arts Education Programs, where she shares her love of dance and choreography with hundreds of students in public and private schools across Southern California. A life-long learner, Jenny holds a BFA in Communications and Dance from Chapman University, and received her MFA in Choreography from Hollins University and the ADF. 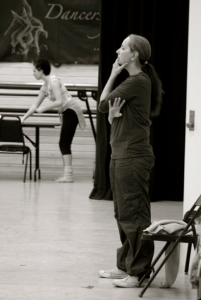 Sofia Olga Carreras, Choreographer, Associate Professor and Chair of Dance at the Riverside City College is the Founder/Artistic Director of Intersect Dance Theatre, a non-profit semi-professional dance company in Riverside. Intersect Dance Theatre is a multi-genre company focusing primarily on blending the vocabulary and movement of contemporary ballet and modern dance. Carreras was born in Barcelona and grew up in Geneva, Switzerland, where she received her early ballet training at the école de Danse du Grand Theatre de Genève. She began her professional career at age 13 when she performed at the Geneva Opera House alongside Mikhail Barishnikov in George Balanchine’s staging of “Coppelia.” In the United States, she trained with Alonzo King of Lines, performed for the San Francisco Ballet, and was soloist for the Sacramento Ballet. Following an injury that interrupted her professional career, she returned to training with Ballet West and attended the University of Utah and then Sacramento State University where she earned her bachelor’s degree in English with a minor in theater. Carreras pursued graduate work in modern dance at Mills College and in ballet at UC Irvine. In 2001, she graduated from UC Irvine with a Master’s of Fine Arts degree in dance. Carreras has taught in several schools and companies, including Riverside Ballet Arts, Inland Pacific Ballet and Ballet Etudes of Huntington Beach where she also served as artistic director. She was artistic coach and choreographer for several figure skaters, including national silver medalist Naomi Nari Nam and Olympic silver medalist Sasha Cohen. Her choreography has been performed at the International Ballet Competition (Varna, Bulgaria), the American Grand Prix in New York and in venues throughout California. At Riverside City College she teaches all levels of ballet technique, pointe, dance appreciation and ballet repertoire. She is has currently rejoined the teaching faculty at Riverside Ballet Arts. 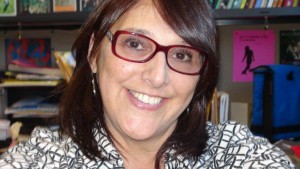 Paula Naggi is an area artist and Chair of the Dance Department at the Menifee Valley Campus of MSJC, where she is an Associate Professor of Theatre Arts and Dance. She received her B.A. in Dance from UCR, where she was the recipient of a Chancellor’s Undergraduate Fellowship and was research assistant to the late Dr. Christena Schlundt,and her M.A. in Theatre and Dance from Cal State Fullerton.  Paula was a member of Studio 9 Dance Theatre and Dance Theatre West (both dark) and performed as a guest artist with several companies. Additionally, she has choreographed numerous musicals and directed such shows as The Vagina Monologues. She is proud to have studied with some of the most influential Southern California dance artists of the late 20th Century, including Bella Lewitzky, Gloria Newman, Fred Strickler and Cynthia Quinn, to name but a few. Paula has taught at RCC, UCR, Golden West College and the University of Redlands, where she was Dance Coordinator for five years, before coming to MSJC as an associate in 1993. In 1996, she left the performing arena to concentrate solely on Educational Theatre and Dance, which she finds immensely satisfying, especially her work with emerging choreographic artists and young actors. Paula believes it is an honor and privilege to contribute to the development of the next generation of artists in both theatre and dance, and loves the interaction with her students, noting that they stretch her in continuously new and interesting ways!  A quote by choreographer Murray Louis has informed and inspired Paula’s thirty-five year career:  “I’d rather always be reaching than arrive.” 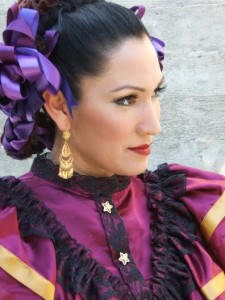 Gabriela Pineault, born and raised in Mexico, is the founder-director of “Folklore Mexicano” Academy and “LEYENDA” Dance Company.
She started her dance career in her native country drawing inspiration from the many travels she experienced, which allowed her to meet with many ethnic groups and discover the great diversity Mexico has to offer. Her background includes Drama, Choreography, Scenic Direction, Theater production, Classical Ballet, Ethnography and Mexican Anthropology from Bellas Artes de México/UACH. Leyenda Dance Company has been traveling each year since 2009, and this year the company was able to travel to Thailand and close the Festival of Arts and Culture in Bangkok, Thailand. This was an opportunity to learn about culture from South East Asia and to make new friends united by choreography, dance creation, and folk dance. The 2016 Fall season (in addition to the Trolley Dances project) is highlighted by a brand new “Dia De Los Muertos” Show. This Mexican tradition dates from Aztec and Pre-Colonial, Pre-Conquest times, and this year Leyenda Dance Company will be highlighting dances representing “LEGENDS” from tribal times mixed with Post-Colonial dances. All Dances will be infused with Dia de los Muertos theme. All lighting, and stage decor will transport the audience to a surreal and spooky but traditional after-world theme. 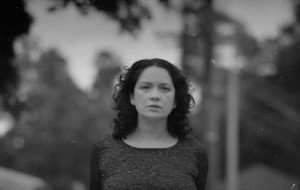 Tracy Tom-Hoon is a Riverside based dance teacher, dancer and choreographer. She teaches dance with the Arts & Minds program of the Riverside Arts Council at various elementary and middle schools throughout the Riverside area. As a member of P.L.A.C.E Performance, Tracy has organized and presented work for “between the tables”: an event where dance emerges literally between the tables at the coffee shop Back To The Grind, and she has also helped bring to life Artistic Effusion: an event that combines improvised dance, music, art and poetry into one performance as part of Saturation Fest for the past two years. In 2014 and 2015 Tracy was an organizer and shared choreography (2014) for danceSTORM: an event focusing on female dance artists and experimental choreography. Check out her ongoing project on YouTube called “100 Short Dances”. Through this process she is exploring dance on film and in unique spaces around town. A seasoned performer herself, you may have seen Tracy dance in the companies of Intersect Dance Theatre and counterpoint/shift over the past several years. Currently, an important mission for this emerging dance artist is to help those struggling with depression and mental illness by using dance as a method of healing.