We are Thrilled to Present to you the Choreographers of Trolley Dances Riverside 2018! 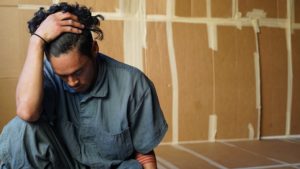 Jay Carlon was born in Santa Barbara County to a Filipino, migrant agricultural working family. He attended the University of California, Irvine for his BFA in Dance, and the California State University, Long Beach for his MFA; his roots to California are embedded in this soil and are evident in his identity-ba…sed work and performance. In 2016, he found CARLON, a collaborative team of artists whose creative desires are to re-present our collective and individual psyches by reimagining the conventions of performance and space. Carlon’s site-based immersive choreography has been showcased at Annenberg Community Beach House, The Broad Museum, REDCAT, homeLA, LA Dance Festival, 92nd Street Y, The CURRENT SESSIONS, Los Angeles Performance Practice, Electric Lodge, ARC Pasadena, and Automata Theatre. Jay is a performer, directing and management associate with site-based aerial spectacle theatre company Australia’s Sway Pole, where he has performed at the 2014 Sochi Olympics and the 2018 Super Bowl. He danced in the film “Metatronomia” (2018) directed by Solange Knowles and choreographed by Gerard & Kelly. Jay has also performed with the Metropolitan Opera, Palissimo, and Oguri. Photo credits: Jay Carlon by Charlotte Marchal 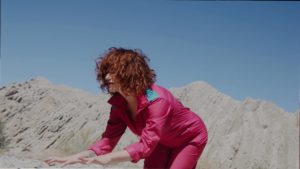 Megan Fowler-Hurst dancer, choreographer, teacher, and director is from Riverside, Ca. She has been teaching dance throughout Southern California for the past decade. Her research often engages video design as an extension of the choreographic process. Megan’s multifaceted interests (in all areas of dance scholarship) have inspired her to investigate the intersection of anatomy, philosophy, sociology and movement. Megan holds a BFA in Dance with a Math and Science minor from California Institute of the Arts. She is a certified CI-Trainer (Conditioning with Imagery) and is currently working on her Pilates certification. Megan is a co-founder of the Los Angeles based performance collective, Tales Between Our Legs, whose work has been presented at REDCAT, Bootleg Theater, the Satellite, the Barbara and Art Culver Center of the Arts, Brockus Project Studios, University of Redlands, Renaissance Arts Academy, The Secret Circus, TPT Late Night, Ron Lynch’s Tomorrow! Show and Breaking Ground Dance & Film Festival. Most recently, she joined OBJECT AS SUBJECT, an LA-based feminist art punk band led by Paris Hurley. A core collaborator, Megan can be seen dancing, drumming, and singing with the band’s live show and directed, produced, choreographed, and danced in OAS’s upcoming music video, WEAPONRY, set to be released August 2018. Photo Credits: Megan Fowler-Hurst by Margaret Vance 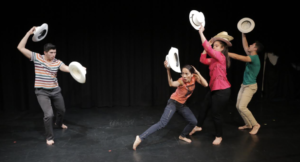 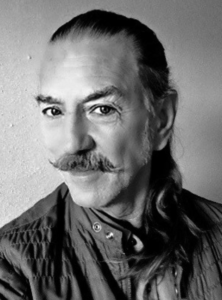 Professor Wade Madsen has been teaching at Cornish College of the Arts for over 34 years and has premiered nearly thirty-three dances for Cornish College Dance Company. Wade has also been teaching in the Seattle area since he moved there in 1977 and continues his classes at Velocity Dance Center. He finds new growth and …stamina as a teacher with various workshops and performances throughout the country. Wade produced and performed his own work with his company Wade Madsen and Dancers in Seattle from 1977-2005. A former member of the Bill Evans Dance Company and Tandy Beal & Company, Wade has received choreographic grants and fellowships from the National Endowment for the Arts; Washington State, King County, and Seattle Arts Commissions; Artist’s Trust; and Allied Arts. His work has been produced in Seattle by the Allegro! Dance Festival, Seattle Dance Project, On the Boards, Bumbershoot, Rockhopper Dance, d-9 dance collective, Spectrum, Dance Gallery, Bellingham Repertory, and Composer/Choreographer. He has also performed with various dance groups in Seattle, including Spectrum Dance Theater, DanceWorks Northwest, Amy Oneal, Amy Legendre, and Co-Motion Dance. Wade has performed, choreographed, and taught for various companies and colleges throughout the United States and Mexico. Wade also continues to choreograph for A Contemporary Theater (ACT), Seattle Rep, Seattle Opera and Seattle Shakespeare Ensemble. His acting credits include “The Notebooks of Leonardo,” co-produced with the Seattle Repertory Theatre and Chicago’s Goodman Theater, as well as the films “Threshold” and “Crocodile Tears.” He earned his Bachelor’s from the University of New Mexico. Most recently Wade was a member ‘Dayna Hanson productions’ company for over seven years he has toured nationally and internationally with Hanson’s, Gloria’s Cause and The Clay Duke, along with a feature role in Dayna’s film, ‘The Improvement Club’. 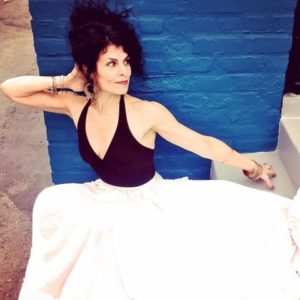 Julie Simon is a Southern California dance artist who has been based in Northern California, Africa, Europe, and has performed internationally in 12 different countries. She has been a professional dancer for 25 years performing in styles ranging from Brazilian, Caribbean and Latin dances, to African and Afro-Contemporary dance sty…les. Through the urging of her mentor Eneida Castro, in 2003 Julie began teaching Contemporary Brazilian Dance (Afro-Samba), Samba and Barre Blaze; and in 2006 she founded Tropcaleiza Dance Company. In 2012 Julie partnered with Room to Dance Studio and opened World to Dance Studio which is now called Infuse Dance Studio. Some of the other projects she helped create include the Muvuca Bateria, an all-female Brazilian inspired drum ensemble created in 2013, the 2017 Ignite Accelerator, a business/technique academy for dancers, the 2017 Infuse Dance Collective, an online magazine by dancers for dancers, and the 2018 launch of the JSMethod, an extensive dance training program. Besides creating these programs Julie had a full length dinner show, Lover|Fighter|Mother|Queen, which premiered in 2016 and was even an invited speaker for a 2011 TedX event speaking on the transformative power of dance. She is a recurring artist in residence performing, teaching, and setting choreography for MSJC, the Palm Springs Dance Festival, local high schools and colleges, as well as for Samba Colorado in Boulder CO. Currently Julie teaches three weekly classes, workshops and residencies, and she continues performing with both Tropicaleiza and Muvuca. Photo credit: SnapshotPoetics